Myles Keating is an Montana State/Wild Rockies alum, ski shop extraordinaire and passionate about outdoor education. He and I sat down and chatted about his experience on Montana Afoot & Afloat and beyond. Thanks for catching up with WRFI, Myles! 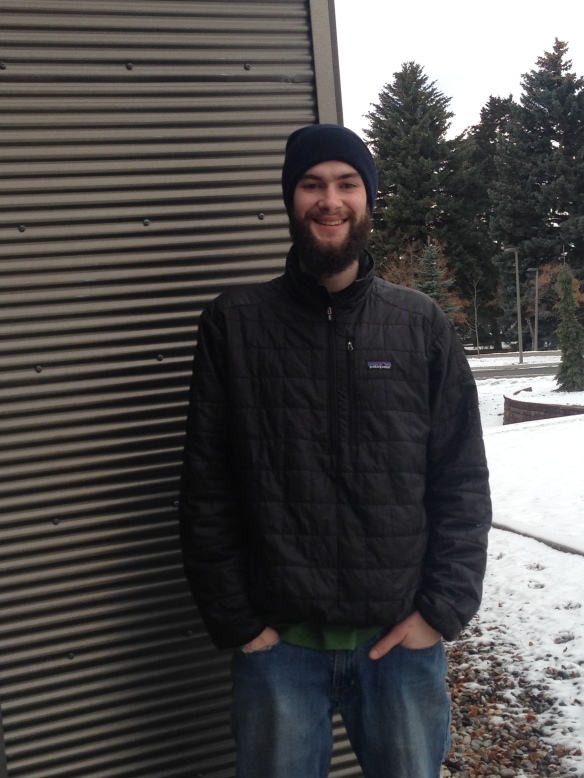 Wild Rockies Field Institute: When you were looking at WRFI at what point were you at in your education and why did you chose WRFI?

Myles Keating: I was a junior and I had previously done a Semester at Sea. The outdoor education model is so much more valuable to me than a standard on campus education to me. I saw WRFI, looked into it. I wrote some essays so I could afford it [laughs] then went on the course. I would’ve done the rest of my schooling through WRFI if I was allowed.

What in your course was the most memorable section and why?

I really liked the Bob [Marshall] because I had been dreaming about going there. I liked them all… I have vivid memories of each section. I really liked the Bob Marshall because I really like backpacking. We were out eight days, did a big circle. The day when we went over Lookout Pass into Mausch basin was definitely memorable. It was raining and it was a push for a top, we sent it. Then when we got to the top it cleared off and we could look out into the Bob Marshall Wilderness and the other direction was the prairie. It was really cool. And then we saw wild horses.

Academically, what was your favorite topic studied on course?

Really connecting with the energy needs – coal – was really cool. Touring an open pit mine was like being a kid in a sandbox, these trucks are sweet! Touring the power plant in Bilings that is going to be mothballed, that was interesting too. I’ve followed that in the news since. Connecting with day-to-day news that I can now follow and really understand. WRFI did a really good job with showing both sides. We toured the coal fired power plant and then met with the Northern Plains Resource Council. It showed that there is somewhere to meet inbetween. When you first look at WRFI you might think oh it’s just a hippie college thing but I appreciate how they try to show both sides of an issue and make you think.

What was your favorite and least favorite WRFI meal?

We somehow missed packing a dinner on the Missouri. We pooled together what we had and we made fondue. We double boiled a bunch of different cheeses and dipped into it. I think that could be both [favorite and least favorite]!

What did you think about the Missouri River?

It changed my perspective about the eastern part of Montana. You’re down on the river and the plains are above you. It almost looks mountainous because the drainages come down to the river. I thought, ‘Eastern Montana is beautiful!” On that same note, I saw prickly pear cactus for the first time. That turned on a big light bulb in my head where I realized I hadn’t really seen anything in this state yet. It [Montana] is so big! It’s a constant reminder when I see them around here that there is so much to learn, we don’t really know much. It keeps me humble.

What have you done since your WRFI course?

I graduated in environmental studies this December. I’ve been working in a ski/bike shop and the summer after my course I got on a path to graduate so I took summer classes. I came back and realized how close I was and took a full load and graduated. I’m proud of that.

I’d like to explore environmental education. I applied for the internship with the 2015 Montana Afoot & Afloat course this fall. The amount of doors there are if you’re able to see it at the time during WRFI are huge. Even just small jobs. But there’s so much value in outdoor education and I’d like to be a part of that. I’d like to start getting certifications like my Wilderness First Responder. I know that I need to be outside using my body, that’s when I’m the happiest.

What’s been your biggest accomplishment since finishing your WRFI course?

Graduating college! WRFI helped give me direction and I realized how much I like outdoor education – I’m early interested in group dynamics and how groups change during those experiences. In that short period of time everyone got so close and you’re forced to help each other and be friends. The value of being outside, the skills, life lessons and societal issues you learn about out there, you can’t do that on campus. There’s a big disconnect out there between students and the natural world around them. If I can help other young adults get some education outdoors, that’s what I’d like to do.

Favorite backcountry food item: Tortillas. Man, the utility of tortillas! I have to thank Ben Johnson for that.

Favorite MSU Professor/Advisor: Teresa Greenwood in Liberal Studies, she helped me along and would tell me I was going to finish no problem and was doing great stuff. I needed to hear that, because I was in a time when I didn’t know if I wanted to finish school or not.

Upcoming adventure: A skiing trip with my dad to Alaska. Hopefully I’ll come back, maybe not.

Favorite outdoor sport: Backpacking and split board touring. I’ve been wanting to do a solo, couple-day backcountry trip.

Celebrity you’d like to have dinner with: Jeremy Jones – the big mountain snowboarder one.

Most recent read: The Last Child Left in the Woods. It was really good!

Favorite part of being a MSU Bobcat: The outdoors! Even simple things, like if I get frustrated I can hop on my bike and go outside and get my head back in the right place.

Random Fact: I spell my name with a ‘y’ because I’m named after my Grandfather who was a commander on the Mayflower.