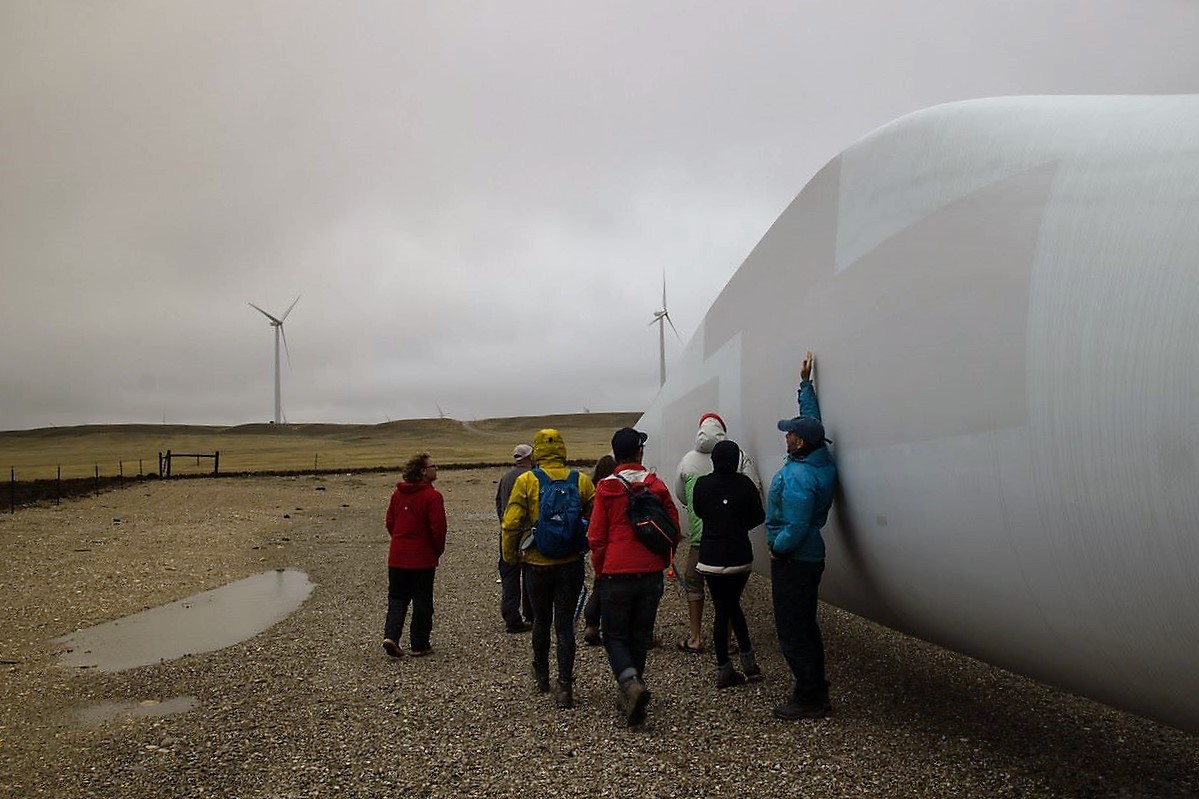 Is environmentalism a form of religion? Environmentalists all share a view on what is important to us in the world: the animals, the land, and the natural processes that surround us. Environmentalism gives us a set of broad ethics that translate into a belief on how to treat the world around us: with respect.

In class we were talking about renewable energy and how solar and wind power are now accessible, cheap, efficient, and being integrated into our national (and global) grid. This discussion followed a tour around the Judith Gap Wind Farm, where we learned about how companies like Invenergy are building large-scale wind farms to accommodate our society’s energy needs and [hopefully] take the place of other types of energy production such as the use of coal. To many of us on the course, we have an ethical obligation to not only support that change, but to also be vocal advocates for that change.

As Derick Jensen wrote in his article “Forget Shorter Showers: Why personal change does not equal political change,” changing our personal habits (in terms of energy use or any other environmental issue) isn’t going to cut it. The amount of water you save by shortening your shower won’t truly help the water issue on a large scale. Instead, we need to work on social and political levels to effect the necessary broad-scale environmental change that we seek. He doesn’t tell us to forego personal changes, however. He simply tells us that those changes are not enough. We need to become activists.

As environmentalists, we generally agree that sharing our views and affecting change is for the benefit of everyone (and everything). We preach saving the earth in order to save humanity. Isn’t this very similar to the evangelizing prominent in many religions? This realization has opened my eyes and changed some of my views on evangelization: people coming to your door to preach religion or talk to you about important environmental measures are just doing what they believe is good and right. Both environmentalism and religion give people not only a moral way of thinking about the world, but also a moral way of acting within it.

These are simply guidelines. Through the lens of environmentalism, or religion, people are able to create their own personal sets of ethics by which to live their life. That’s exactly what we are doing out here. By traveling through the mountains, rivers, and towns of Montana, I’m able to take the general ethics I’ve been taught through environmentalism and make them my own. Then, taking into account my personal ethics, I can become a heartfelt advocate for what I truly believe in.  I can become someone I’ll be proud to be.