1
Fresh from the Field, Wild Rockies: Conservation Across Boundaries 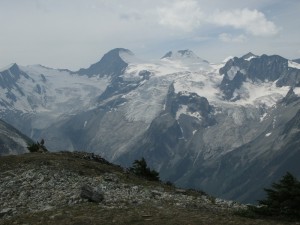 I’m an exchange student from Tokyo, Japan. Although my country is mountainous and 68% of the land is forest, Japan doesn’t have the designated wilderness areas. I took this WRFI course to understand the values of wilderness through experience.

Americans like “freedom.” American politicians often use this word. I want to know, what is “the land of the free”? During my time on the Wild Rockies Summer Semester, I’m beginning to think it refers to wilderness.

My professor at the University of Montana, Dan Flores, says that when many European American settlers arrived in the West, most Native Americans were already gone. This was due to warfare, relocation, and the introduction of European diseases. Before this time, Native Americans had altered American landscape. But with Native American populations dwindling they could no longer influence the landscape to the extent that they once had. Wildlife populations increased and many traces of their culture were buried by vegetation by the time European Americans arrived. As a consequence, settlers began to believe in the pristine nature of the American West. Now, we know that pristine nature is a myth.  We know Native Americans influenced the land. Non-the-less, Americans would need the idea of wilderness.

Every country has myth that offers the nation its identity and pride. Blackfeet have it. My classmates and I backpacked in the Badger-Two Medicine area of the Lewis and Clark National Forest. This is a sacred place to the Blackfeet. James Welch described these mountains in his novel, Fools Crow–a book we read on course. George Bird Grinnell recorded the Blackfoot Genesis as happening in this area. Place names derive from this Blackfeet story, i.e. “Old Man’s Sliding Ground.” Whereas the Blackfeet have been intimately tied to this landscape for hundreds of generations, many Americans come from many different nations all over the world.

I believe National Parks and wilderness were established not only for wildlife itself but also for people in terms of democracy. Everyone is equal in nature. Alone in wilderness, there is no hierarchy, no economic gap, no discrimination based on race, skin color, and religion. Bob Marshall, co-founder of Wilderness Society argued that roadless areas would provide opportunities for people to recreate and find that equality. Thus we can regard wilderness establishment as improving people’s health and the environment.

Native Americans are indeed tied to this landscape, but European Americans are as well. We know this history as the Wild West. This history gives many Americans identity and pride. The U.S. is a young country compared with Europe and Japan. Some say that this causes an American inferiority complex. If this inferiority complex is also derived from a shallow relationship with the North American landscape, historic wilderness becomes a savior. Believing that the West was wilderness made it easier for Americans to claim the West as their own. In this context, the Wild West and pristine wilderness become American’s origin myth. The myth works as a foundation of the American nation. And thus, European Americans have been freed from Europe. As a means to democracy and as the source of an origin myth, wilderness is a necessity for Americans.

My WRFI Restoration Ecology course was one of the most amazing experiences of my life. As a student studying Art History and Government, I was unsure if this type of course would be something for me. I recommend this to anyone - your major doesn't matter. The experience is 100% worth it and you'll leave a more well-rounded and mindful person.